The Future of Television Broadcast 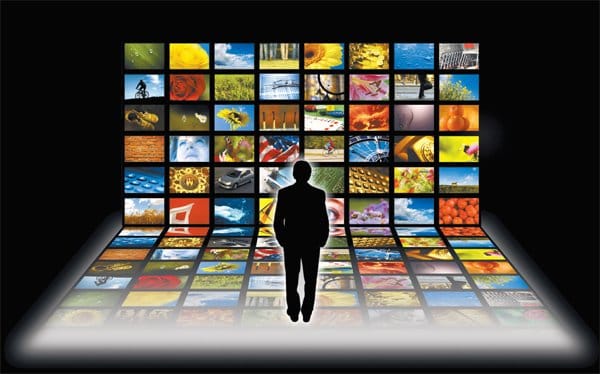 How Is Television Currently Broadcast In Australia?

Television is currently broadcast in Australia through a variety of means. Broadly, they can be classified as either: (1) Terrestrial, (2) Satellite, (3) Cable, or (4) IPTV.

By far the most common is the oldest means of transmission, the trusted terrestrial Digital TV Antenna. Starting in Australia in 1956, just in time for the Melbourne Olympic Games, terrestrial television broadcast simply refers to television signal that is received ‘over the air’, using radio waves from a transmitting source that is located on the ground (terrestrial).

The Public and Commercial Broadcasters in Australia have setup over 2,500 Digital TV transmitters, so you are more than likely going to be able to receive reception at your residence by simply having a TV antenna installation on your rooftop. This will provide you with access to 30+ channels for FREE! These channels are provided by Seven Network, Nine Network, Network Ten, ABC (Australian Broadcasting Corporation), SBS (Special Broadcasting Service) and a number of other regional networks, who are adding channels all the time to provide you with more free TV content. For more information on licensed broadcasting transmitters, check out the ACMA’s website here.

Most popular in Australia for the transmission of PayTV service provider Foxtel, satellite television consists of an uplink of information which is sent from a ground based satellite dish to a satellite (nicknamed ‘birds’) in the sky. From there, the satellite beams extremely high frequency radio waves (between 4-18GHz) back to a large section of Earth (covering many continents as once). A type of parabolic antenna (also called satellite dishes), mounted on your rooftop, can pick up on these radio waves with a little help from a device called a Low Noise Block downconverter (LNB).

Satellite transmissions are currently used in Australia by Foxtel, a PayTV subscription service provider, as well as The Australian Government, which funds VAST (Viewer Access Satellite Television). VAST provides consumers with an alternative source of digital television if they are in remote areas of Australia and are unable to receive digital TV through an outdoor TV antenna. This may be because of local interference, terrain or distance from the nearest terrestrial Digital TV transmitter. For more information on VAST, check out their website here.

Another favourite delivery method from PayTV service provider Foxtel, cable (by which we mean coaxial cable) is yet another means to receive the subscription based company’s channels. Run either overhead (parallel with electricity cables), or underground in pits and conduit, coaxial cable is in the process of getting re-purposed and will eventually be used exclusively by the National Broadband Network (NBN) to provide internet / data services only.

This means that Foxtel customers currently receiving their service via cable will need to switch to another means in the near future. For more information about this, please see our other article here.

Whilst still technically a type of ‘cable’, IPTV uses your internet connection to download content (channels, movies, video clips, Youtube videos, etc) as data, directly from the internet. There are a number of IPTV Set Top Boxes or Smart TVs available on the market that allow this to be possible.

The most globally recognised IPTV provider is of course Netflix, however, there are many other competitors popping up. In Australia, you may have also heard of the likes of Stan, Amazon Prime and Foxtel Now. IPTV channels are usually subscription based, meaning you will incur a monthly fee in order to receive those channels.

So How Many People Are Still Watching Free To Air TV?

More than you would think! It is widely accepted that Free To Air TV is still the most popular broadcast medium in Australia. According to PwC’s 17th annual Australian Entertainment & Media Outlook, approximately 85-90% of Australians surveyed answered that they watch TV shows, movies, documentaries and other screen content on Broadcast TV. That implies that over 20 million Australians are still watching free to air TV. However, the question remains about how long they are watching it, especially as Netflix and other IPTV providers enter and rapidly expand their customer base.

Then What About Netflix and other IPTV Providers? How Big Are They?

According to PwC’s 17th annual Australian Entertainment & Media Outlook, “Netflix cemented its market leadership position last year, reaching 3.6 million subscribers, ahead of Stan’s 960,000 (now past 1 million) and Foxtel Now’s 920,000”. So clearly Australians are choosing to watch TV on many different means. It would appear that whilst IPTV can be used for movies and series, it has not yet dominated in terms of providing localised content, including News channels and Sports.

In addition, there are queries about the ability of the internet infrastructure to be able to keep up with fluctuating demand on these channels, especially during large, popular events when many people are streaming the same TV channel at the same time.

Recently, as can be seen in this article by the ABC, Optus’ streaming of one of the first games of the 2018 Soccer World Cup went into disarray as technical issues caused many paying customers to experience buffering issues, and as a result, a complete breakdown in their connection and ability to watch the game. Particularly in a country that has notoriously slow internet speeds, it is likely that streaming issues will persist for some time into the future.

Whilst the trends show that Netflix is growing very rapidly, it seems likely that terrestrial channels will remain and likely focus on local content (eg. news and sports). Foxtel will eventually stop using the coaxial cable infrastructure as it is taken over by the NBN and focus on delivery via satellite or IPTV.

However, there are still big questions to be answered around which model will become most commercially viable and whether the current providers will be able to remain profitable over the long term if their costs of content increase, or their advertising dollars decrease. We will just have to wait and see!

GET A FREE QUOTE: